2018.SHW: An Architecture of Encounters (Home for Lazy Action)

2018.SHW: An Architecture of Encounters (Home for Lazy Action)

^^ Photographic documentation by Joyce Vlaming and the photo's of the finissage by Mariska Kerpel.

>> You can download and listen this GPS-Podcast by Andreas Arndt, Verena Klary, Sanne Pawelzyk en Thomas Schlereth about art and life while browsing through this page.

>> For detailed information about the various contributions, click here.

An Architecture of Encounters - Home for Lazy Action

Welcome to the Home for Lazy Action. An investigation into the possibilities of a temporary open space where those who are engaged in artistic endeavours can meet, work and have the right to act lazy. These are the days of high performance. Both in art and life. Stuck in the rat race of productivity and visibility, you might forget to take some air and remember, fundamentaly, we are all just breathers.

As an attempt to open up space for an approach that defies the pressure to perform, visual artist Mitchel Breed initiated An Architecture of Encounters. A series of events that facilitate meaningful artistic encounters, in opposition to emphasising art as a means to fuel up a spectacle. Its second edition, Home for Lazy Action - initiated in close collaboration with artist Pim Tieland - aims not to present a completed exhibition, but to take a step back, create and reflect on the conditions under which artistic activities can take place. Mirroring present day co-working spaces, this home offers time and space for those who’d like to contribute to an atmosphere where things can grow, where you can reflect and have a dialogue or simply come and have a coffee and be lazy for a moment.

To realise this, a diverse group of artists have been invited to make a contribution and give shape to the space and its activities. Ranging from instructions for a DIY limbo bar, a recorded group conversation on art and life, a wallpaper design based on sculptures made during the 30 minutes naps of the newborn child of an artist-mother, playful animations as online promotion for the project, to a series of experimental drawing sessions in which the act of drawing opens a middle ground between artist and audience.

Lazy Action describes a way to act that is not purposefully productive, and more related to art as a way of living than working. Art means to do, art means action, activity of any kind and at any pace. So take your time, leave your Macbook Air and bring your lazy chair.

The expression ‘Lazy Action’ is derived from the essay ‘Marcel Duchamp and the Refusal of Work’ by Maurizio Lazzarato, in which the author describes Duchamp as celebrating laziness in art. With this he is refusing to submit to the functions, roles and norms of capitalistic society, among which the identification with a profession. “What am I? Do I even know? A human, quite simply, a breather.” Duchamp encourages us to imagine and exercise a ‘refusal of work’, which constitutes an ethical-political principle that goes beyond work, which frees us from the enchanted circle of production, productivity and producers. For the creative process is present in all kinds of activity, it’s the tendency to act, at any pace. He proposes to develop and experiment with all the possibilities that ‘lazy action’ creates in order to carry out a reconversion of subjectivity, to invent new techniques of existence and new ways living time.

The first edition of An Architecture of Encounters in collaboration with visual artist Peter van der Horst, took place at the former Das Spectrum building, and was inspired by the text ‘Exhaustion and Exuberance - Ways to Defy the Pressure to Perform’ by Jan Verwoert.

An Architecture of Encounters - Home for Lazy Action is made possible with the kind support of the Mondrian Fund. 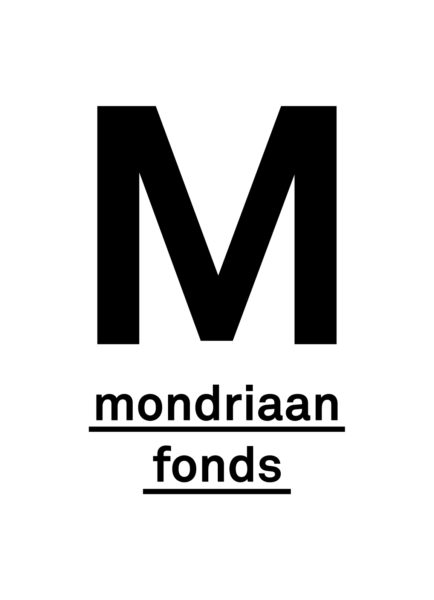 2017.SHW: An Architecture of Encounters

An Architecture of Encounters was een expositie / GPS-Project, in Das Spectrum, Utrecht.

2017.SHW: An Architecture of Encounters

An Architecture of Encounters

“How to Defy the Pressure to Perform?”

‘The Ship of Fools’ (1490-1500), painted by Hieronymus Bosch, is an amazing and enigmatic work of art in the collection of the Louvre. In art history, the scene of a frivolous group of people gathered in a boat adrift, ignorant of their direction, is a known allegory on the human condition. It is exemplified by the book ‘Ship of Fools’ (1494) by Sebastian Brandt, in which a ship sets off from Basel to Narragonia, the paradise of fools. The frontispiece of this book, drawn by Albrecht Dürer, may have inspired the painting of Bosch.

The panel shows a joyful group of people in a boat. They seem to engage in a rowdy party of drinking, eating, singing, playing, fighting and vomiting. The figures in the centre of the scene – a nun playing the lute, a friar and two boats men – seem to be involved in a game of trying to bite into a pancake suspended in air, without using their hands. On the left, a woman beats a man with a jug. On the right, a guy hangs over the railing and vomits into the water. Sitting on a makeshift rudder, a little man dressed as a fool drinks from a cup. The whole scene is dominated by a mast topped with a bouquet of flowers in the middle of which an owl – symbol of wisdom - is hidden. The boat appears adrift; a vast landscape in the background stretches toward infinity.

Likely, the drunken protagonists are a satire on the clergy, neglectful of the Holy Church and the well being of its believers. But it’s not only nuns and monks who are blamed. Here, the whole of mankind appears to have lost its way. We drink and fight, we flirt and play silly games, living a purposeless life of stupidity. The only exception is the fool himself: with his back turned to the others, he seems to be absorbed in a world of his own.

It is tempting to recognize in the fool a figure of the artist. This is what Mitchel Breed seems to have done when he initiated his project ‘Ship of Fools’. The project includes an exhibition at the Dokzaal in Amsterdam, coinciding with the Amsterdam Gallery Weekend Capital A (November 27 – November 30, 2014). Participating artists are Andreas Arndt, Fritz Bornstück, Chad Burt, Alex Dordoy, Fiona Mackay, Hammer Attack, Emma van der Put, DIY-Church, Marion Verboom, Scorpion Dagger, Amanda Wasielewski and Hazel Watling. With curating artist Mitchel Breed, this adds up to thirteen participants – the same number as the occupants in Bosch’s ship of fools.

Most of the artists have met at De Ateliers, an artists’ run institute in Amsterdam. At De Ateliers, beginning artists work in a private studio for two years, supported by experienced artists who do weekly studio visits. Many participants have experienced their working period as a trip into the unknown, individually as well as collectively. In a way, the studio is like a vessel adrift and the participating artist a boats man without a clear sense of direction. A working period at De Ateliers is a risk as well as an adventure and a joy.

In a way some of these artists perfectly match the allegory of the ship of fools. Andreas Arndt for instance, who once set off in a self made survival boat at the Stadhouderskade to sail to his hometown Karlstadt in Sweden, tormented by heavy rains, expensive petrol and a cat who ran away, reaching no further than the polders north of Amsterdam. Or Berlin based painter Fritz Bornstück, whose artistic position is comparable to that of the jester, poking fun at each and everyone. In the work of Mitchel Breed, a reoccurring theme is that of the lost artist, drowned in freedom.

One should note that madness or sailing are not themes of the show. The title of the exhibition is better understood as a metaphor for the journey each artist has to undertake: free to go wherever he or she wants to go, risking to be swallowed by unknown waters. For every artist, navigating the art world is a tricky thing. This strange world inhabited by artists, collectors, curators and critics is magical, ludicrous, seductive, confusing, amoral, glamorous – totally crazy. But that is not exceptional. So is life itself, as Hieronymus Bosch had already figured out.